Day by day Android users is growing tremendously, but most of the users were stuck at low cost or low-end devices and those type of devices don’t offer many customizations and settings to its users. But now you don’t need to worry about all those restrictions, and also you don’t need to worry about your device identity which many apps like Flipkart, Amazon tries to seek into. To avoid all these minor and major issues you need to root your android device. But if you are new to root things then it can be tough for you to root your device without making bricking your device. So I’d suggest you read the article till the end to more about rooting and some safety tips. 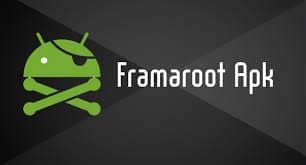 Simple isn’t a complicated processor you should be an expert to gain root access. all you need is a perfect app which can root your android device easily without causing any damages. However, if you root your device then your mobile warranty will void. But there are 90% chances that your phone won’t be damaged if you root it properly. So today in this article we came up with an easy process to root almost all Android devices without causing damages

Also Check: Here are the Top 15 Antivirus Apps for Android Devices for Free:

So you all might have heard about framaroot. Unlike other popular root apps like king root, root this app isn’t a permanent root solution for you. but FramaRoot does the job of rooting your device pretty quick and easy

How does FramaRoot Works on Android:

Framaroot helps you to root your device without causing any major damage to your device. FramaRoot will root your device using exploits like Legolas, Faramir, Pippin etc. So the risk of getting exposed will be reduced drastically.

Framaroot app supports all the models like Lenovo, Micromax, Lg, etc. In simple words, I can say that Framaroot works perfectly with almost all android brands. Framaroot is really easy to use to root tablets and androids

How To Install FramaRoot app On Your Android Device:

How To Root Your Device Using FramaRoot app:

There are numerous advantages of rooting. So if you want to entirely change the look of your android then rooting is the perfect solution for you. Below are the best features of Framaroot which will help you to root your Android in an easy way

Points To Remember Before Rooting

I highly recommend you to take a backup of all your media files, contacts, and other stuff on your memory card. sometimes you need to reset your android device for a successful root installation

If you face any issue or problems while downloading Framaroot than leave us a comment below, And lastly thank you for reading our FramaRoot Apk Latest Version And It’s Features article

5 Questions To Get Started With DevOps Software Development

SnapTube App Apk For Android And How To Install It

A Guide to Buy the Perfect 60s Trivia Game for Baby...