Hotstar is one of the highest rated and most downloaded TV and Movie App on Google play store for Live TV and watching movies, it was developed by Novi Digital Entertainment Pvt Ltd. This awesome application has been featured with many operable applications in it, you can watch Live sports, Cricket, Football, Hockey, Golf, Tennis, Basket ball and many other games, you can also watch Live TV on this app, you can have access to all the TV channels related to all the regional languages of India such as Telugu, Hindi, Guajarati, Marathi, Tamil, Kannada, Malayalam, Bengali and English, You can also watch all the latest movies on the application related to the above given regional languages, Bollywood and Hollywood, you can also view American TV shows on hotstar with Premium account, you can watch all the serials of America and UK with just a minutes of variation, get fastest releases of TV shows online on Hotstar before any other application or website, you can view videos in different formats such as , HD, 1080P, 720P, 480P etc, you can also resume the videos and can watch later from the same point, you can even download and watch it offline and many other features are provided by the it. Hotstar Movie Appis rated 4.1 out of 5 on Google play store and it is downloaded by more than 50 million Android users. 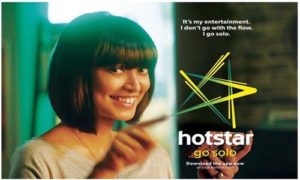 YuppTV is the largest TV platform online application with more than 200 Indian live TV channels, with a week roundup and latest on demand TV serials, shows and programs, it also has all new movies which included all the regional languages, Hollywood and bollywood movies, it was developed by YuppTV entertainment media. YuppTv is available in more than 10 Indian regional languages which include, Bengali, Hindi, Telugu, Kannada, Tamil, Malayalam, Marathi, Punjabi etc, some Hindi channels include Sony, UTV movies, Zee TV, Colors, Set Max etc, Telugu channels include Maa TV, Gemini TV, Zee Telugu, ETV, NTV, TV9,TV5, ABN etc, some Tamil channel includes Star Vijay, Sun TV, Raj TV, Kaliagnar, Jaya, Thanti etc, it has many other channels of different languages,  you can view all the latest movies on the app which include many languages of India and Hollywood movies.  Yupp TV Movie App is rated 4.1 out of 5 on Google play store and it is downloaded by more than 10 million Android users. 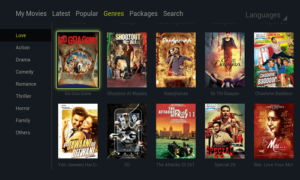 Eros Now is one of the best entertainment app that can be seen on Google play store, it is not just a Movie App, it has many other features, which include, Live TV shows in many regional Indian languages, music albums of different language movies, music videos etc, it was developed by EROS digital FZ LLC. This app as stated above has many utilities and features when compared to any other Movie App application, you can download this app for your Android Smartphone, Tablet, Computer or Notebooks, you can have your favorite playlists of music, movies, TV shows, Serials etc, it has regularly updates on TV shows, Movies and Music, you can bookmark your favorite movies to watch later when you are free and many other features are provided by this application. Eros Now Movie App is rated 4.0 out of 5 on Google play store and it is downloaded by more than 10 million Android users. 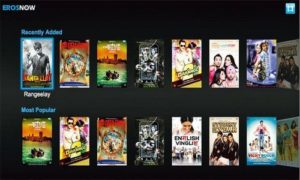 Wynk Movie App is the most lovable and awesome application for entertainment lovers, it has many awesome features that render its popularity, it was developed by Airtel. Wynk Movie App includes all the latest movies of Bollywood, Hollywood and regional languages of India on the app, apart from movies you can also watch all the new episodes of your favorite serials that are updated daily, you can also watch all the special programs on this app, Wynk presently has 5 channels on the app, which are, SonyLIV, Youtube, HOOQ, DailyMotion and Eros Now, you can watch all the programs of these channels, you can also download the movies for offline on this app. Wynk Movie App is rated 4.0 out of 5 on Google play store and it is downloaded by more than 5 million Android users. 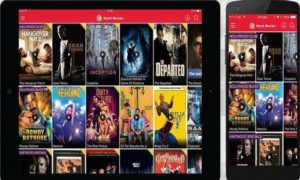 Hungama is the exclusive developed to watch movies, this is one of the best available Movie App on the Google Play Store, it was developed by Hungama Digital Media Entertainment Pvt Ltd. Hungama has more than 6500 movies on its app, which includes Bollywood, Hollywood and some of the regional languages of India and the movies from different Genres such as drama, action ,romance, thriller etc, you can mirror the movies to the screen, you can add the movies to wishlist and watch later, you can resume the movie and can watch from the point of resume, you can also download the movies on premium subscription for offline and many other features are provided by this Movie APP. Hungama Movie App is rated 3.8 out of 5 on Google play store and it is downloaded by more than 5 million Android users. 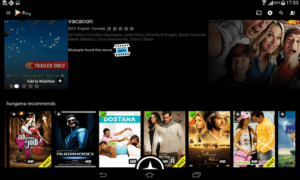 Thus ends our article on Best Movie Apps for Android Smartphone’s, the above list is prepared based on many factors, which include the app popularity, number of downloads, positive reviews, critics review and many other. Hope the article helped you and please share the article if you feel it is worth. Please feel free to comment if any other Best Movie Apps we have missed.