Here we are providing you with all the details regarding the Best Video players for android smartphones available in the Google playstore. This list is prepared based on the user review’s, number of downloads, various critic reviews and many other factors are considered. We have provided you with all the features of each and every application very briefly. You can use battery saver apps for better performance and optimization. The following are the best video players for android smartphone.

MX player is the most downloaded and appreciated Video player on Google Playstore it is developed by J2 Interactive media and video developers for Android. MX player has got many unique and awesome features in it that might not be found in any of the other Video players for Android. MX player features include, Multi core decoding, MX player is the first Android Video player to introduce Multi core decoding on Android device, tests made on MX player for Multi Core decoding resulted 70% more better performance in dual core than in single core devices, it has easy zoom in and zoom out operations, you can just pinch to zoom in and you can also pan, subtitles can be altered by just scrolling right or left to view the next title or previous title, it has a lock option that can be used when you show videos to children or for not distracting and it has many other features in it. That is the reason why it stands in the first place in the race for the Best Video players for Android Smartphone’s. MX player is downloaded by more than 100 million and it is rated 4.4 out of 5 by their users.

VLC media player is one of the oldest and widely used best video player for Android and PC, it is developed by Videolabs media and audio developers. VLC media player is not only used to play Video files but it can also be used to play audio files, network streams, DVD ISO’s such as the desktop version of VLC player. VLC media player supports all the types of video formats that are available, such as, AAC, MP4, MKV, Wv, AVI, MOV, FLAC, Ogg, TS and M2TS. VLC player has its own media library to access your Video and audio files directly through app, VLC can paly multi track audio and subtitles, it also has widget for audio control, VLC player is available free for downloading and it is the most secure app. VLC player is downloaded by more than 10 million and it is rated 4.4 out of 5 by their users.

KMP Video player is an award winning application from Google playstore for one among the best 30 apps on playstore, it is developed by Pandora.TV media and audio developers. KMP video player has lots of exceptional features in it, it has the unique Floating screen option that enables you to watch video without any interruption for other tasks, such as, texting and browsing, it has support to all the subtitle formats, it also supports all type of Video formats available, it is features with playback support option too, you can also play your videos from Cloud storage, you can organize your favorite list on KMP, it has on screen brightness control that doesn’t affect the actual brightness of the phone, KM player can also play full HD videos, it supports 30 languages and many other features are embedded with KMP, a best Video player. KMP Video Player is downloaded by more than 10 million and it is rated 4.2 out of 5 by their users. 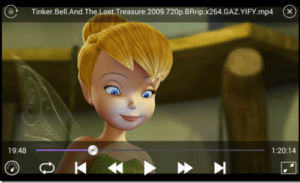 Video Player by accountlabs is one of the best video player and audio player we are looking at, it is developed by accountlab media and audio developers. It is the high rated media player application on Google palystore, it has many advanced features and awesome function of the application, which makes it stand in this position. Its features includes, support for both audio and video playing, it supports all the audio and video formats available, AVI, AAC, MP3, MP4, MKV, RMVB,  WV, M4V, 3GP, MPG, AVI, MOV, FLAC, Ogg, TS and M2TS etc, it has thumbnails for audio and video files, it has a MP3 Cutter that can be used to cut the audio length that can be used as ringtone and notifications audio, it has extra bass booster, mp3 player with support of equalizer and many other features comes with this best Video player by accountlab.  Video Player by accountlab is downloaded by more than 10 million and it is rated 4.5 out of 5 by their users. 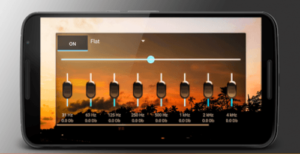 HD video player by appsddoz is one of the best Video players to view HD videos, this player can even play ultra HD videos on your Android device, it is developed by appsddoz media and audio developers. This video player can play all video and audio formats, it has all the support for subtitles, it has a powerful 10 band equalizer in it to optimize the sound as you wish to listen, you can directly browse the video and audio files from this app, it is also powered with widget for easy user interaction and it has many other awesome applications, this application is build based on VLC media player. HD Video Player by appsddoz is downloaded by more than 5 million and it is rated 4.4 out of 5 by their users. 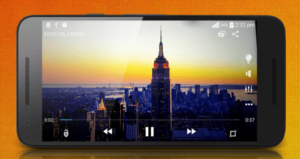 That’s all about all the best Video players for android smartphones, hope this article helped you, we didn’t prepare this article in favor to any of the above video player organisations, it is up to you whether you download them are not, but these are the best video players available in the market according to many factors.

Free AppiShare App for iOS – How to Download and Install...

ABOUT US
AndroidGuidesp is an independent online publication that provides all the latest info regarding Android. All the content you find on AndroidGuidesp will be written by experienced bloggers. We ensure that all the content provided on this site is fully unique
Contact us: aguidesp80@gmail.com
FOLLOW US
© Android Guide SP . All Rights Reserved