Here we are providing you withal the best Android Smartphone app backup and restore applications that are available in the Google play store, these can be used to backup your data on to the clouds the apps are providing and can restore the data whenever you want and on to whichever device you want. You can use best antivirus for Android devices such that the data may not be corrupted, in case it got corrupted you can backup using these app backup and restore applications. 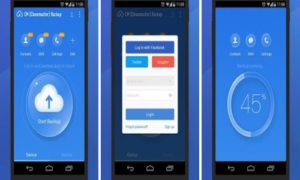 GG Cloud app backup and restore is one of the best and highly rated app by critics and some digital organizations, it was developed by Genie9 LTD. It is available for both Android and IOS, you can share your data and information from Android to IOS easily, it has very easy and simple user interface, you are provided with many features to backup and restore your data, you can auto backup SMS, contacts, documents, call logs, photo backup and restore, you can restore videos, music and many other things, you can also backup external SD card, you can backup and restore Whatsapp conversations, Facebook messenger conversations, Viber videos, and photos, easy signup app using Facebook, E-mail or Google+, no rooting required, you can protect the application using a password, advanced options to schedule the data backup, auto schedule and many other features are provided by it. G Cloud app backup and restore is downloaded by more than 5 million users on Google play store and is rated 4.6 out of 5 by their users. 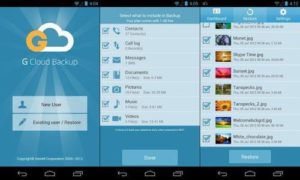 App Backup and restore by apex is the coolest and one of the best backup apps we are looking at, it was developed by APEX. It has many features embedded in it, which includes, auto backup feature on install of the application, it has batch restore option, it has support app2SD, you can also restore your apps from SD card, you can also sort apps by their size, name and install date, you can also backup link for apps that are protected, you can also auto install apps and backup them, you can view your storage, you can backup videos and audio mp3, you can restore multiple data at a time, you can backup multiple information on a single tap, you can schedule the data backup for every certain period, you can also manually restore and backup whenever you want. app backup and restore is downloaded by more than 50 million users on Google play store and is rated 4.7 out of 5 by their users. 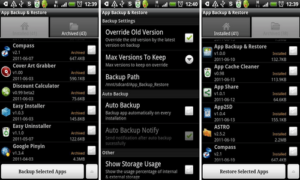 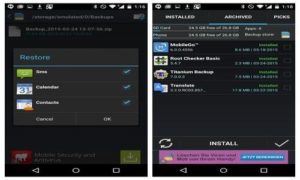 Backup and Restore by OneZone Apps 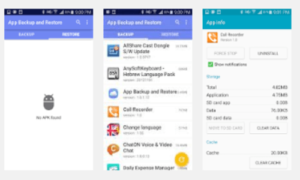 That’s all about the best app backup and restore applications that are available for Android Smartphone devices, this list is prepared based on the user rating, reviews, critics review, functioning of the application, pros and cons and many other factors are considered. Please do share if you found it useful and feel free to comment for any info regarding the above applications.

10 Roblox Beginners’ Tips To Help You Make Your First Game