Crackle is one the legit app available in the market to download freely and watch all Television shows without any problems.It provides completely free streaming of movies, reality shows, and all other types of video contents which are fun to watch and enjoy.In our Top 10 Free Movie Apps article, I’ve listed Crackle app on 5th position.today.In this review I will be sharing a complete review of Crackle Free Movie Streaming App.also I will mention all the pros and cons of crackle app.so without wasting any more time lets start our review

Crackle is owned by Sony entertainment pictures.Founded in early 2000 as grouper.Grouper started their journey of distribution of providing TV shows, androidHollywood movies online.Later on, Grouper was rebranded as Crackle.Now Crackle is also available on mobile platform androids’ well as for IOS devices.Crackle has millions of downloads worldwide.So overall achievements prove that this app has got some cool features which I will be mentioning below 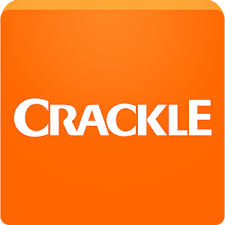 Crackle is a fantastic app for streaming movies, Television shows, and other videos.Crackle has  a wide range collections of TV shows which are simply awesome.I’ve sold found some old TV shows Dexter, The Walking Dead.so as per my experience with crackle app, all I can say is Crackle can be a perfect for some entertainment in free times

Probably there are no restrictions in watching movies and shows, however, Crackle is ad supported app.so might see commercials at the beginning of any video or between of any videos.Other than that crackle is entirely free and unlimited

let’s go little deep and talk about its performance

Firstly, install streaming app requires a speed Internet connectivity, without that streaming apps doesn’t work and takes too much time to buffer.If you have a low-speed connection, then you might end up uninstalling this app.So I recommend you to use speed connection to use in, its full potential

As we have seen that many apps works pretty smooth and perfectly in IOS devices rather than Android.But results of crackle is different in this case.I’ve used this phone on Kitkat and Lollipop versions of Android so far, androidThere were no crashes nor any glitches.So overall crackle works like the chAndroid.But again I say that you need a fast internet connection

The user interface is the first aspect that developer should focus on.In IOS version of Crackle is much more straightforward and easy to use navigation rather than Android, Provides super user-friendly options

So this was the review in which I’ve shared my experience,hope you will like it

The Legend of Zelda: The Wind Waker – GameCube ROM Download

How to Resolved Google Chrome Problems on Mac