A Strategy Game is a game in which the players are being coercion and are often autonomous/independent in decision making and also the player will have a high significance in determining the outcome i.e. the outcome is determined based on the choices which a player makes. Strategy games are won by applying tactics rather than applying force or technical proficiency. All the strategy games should have internal decision making skills and very high typical awareness. Strategy games are also one of the most popular video games as well

The word strategy is ultimately a Greek word which means general ship. The purist’s definition of abstract strategy game is that it does not have any random elements or information hidden. Chess is an example for one of the best strategy games available. Some of the Popular versions of  Strategy game include League of Legends, Age of Empires and Clash of Clans, Even though we have hundreds of different games in this genre. Strategy games usually involved in moving one or even more characters simultaneously across a map, which also utilizes resources and also win specific locations which are located on the map. Moreover, league of legends would be a great option for you if you are fond of strategic battle arena type games. You can visit this site to buy league of legends accounts.

Strategy games are one of the best ways to engage players in making them think broad and also provokes them in  experiencing the game. We also have provided you with the best Finance Apps for Android in our blog.

Clash of Clans is one of the Strategy games which is free to download and play in the android apps and most of them are interested in playing this game, because  in this game you can raise your own army and also you can lead your clans to victory. You can build your own village to fend yourself from raiders, It is a battle against millions of players worldwide, and a powerful clan will be forged with others in order to destroy enemy clans.

However  there are some game items which can also be purchased for real money. If you don’t want to use this feature, you can set password protection for all the purchases in the settings of your Google Play Store. To play Clash of Clans a network connection is required.

Clash of Clans announces that over five million have shared their review by rating five star on Google Play. 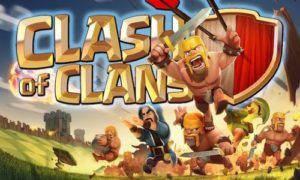 The chess game presents many instructive positions along with 18 most important strategic themes such as Advantage in development, Attack on the king, Advantage in space, Pawn structure, Attack on the queenside, Weak squares, Open files and diagonals and other directions.

In the series of the chess game there are much more included courses in tactics, endgame, strategy, middle game, openings, and it is split into three different levels from beginners, experienced players, and professional players.

This game also acts as a coach where it gives you tasks to solve and also helps you in solving  them if you get stuck in the middle. It will also give you some hints or explanations and will also show you of striking mistakes which you might make.

You need not have a internet connection once you download you can play offline.It has been rated 4.6 in google apps out of 5.This is the free download version available. 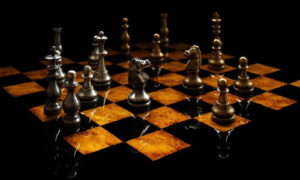 There is a new age which is dawning in Clash of Lords 2. Which evolves in strengthening your favourite Heroes in front of your very own eyes. In this the mighty Berserker has joined to fight. With all these changes, Clash of Lords 2 acquired  better time to Clash with others

Clash of Lords 2 is a game of strategy with lots of fun and innovative new twists on the game. In this game there are over 40 Heroes and their squads of mercenaries, and you can also play or also have a challenge with your foes and also against your friends. 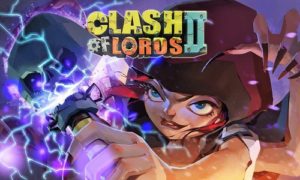 You can build and battle in your way to increase the glory in Castle Clash.t There are over 100 million clashers palying worldwide, the heat is on as it is the most addictive game ever. Which is a mix of exciting combat and fast-paced strategy, Castle Clash is a game of epic proportions. Which Hires legions of Heroes who are powerful and can lead an army of mythical creatures. You can fight with the top and can become the world’s greatest Warlord. The strength of your empire depends on your creativity.

Age of Civilizations is a strategy game in which the objects you created should be dominating the world. You need to submit the orders before each round, and the number of orders you can submit in each round is limited which depends on your Movement Points of that round. Once the orders are submitted, The civilizations execute the actions in turns based on the orders, which is random at the time of starting each round. 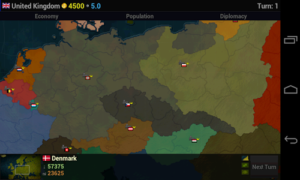 How to Quickly Scan and Digitize Your Entire Photo Collection