There’s no doubt in saying that Android is the best operating system ever made, Android has lot flexibility and perfect operating system for next-generation smartphones. Every year Google releases a new Android version with a lot of improvements in UI and features. This time in probably in August the giant is going to release Android 7.0 Version officially, and it is named as Android 7.0 Nougat. As per the sources, Google has made many improvements behind the scenes before launching the official release dates. However, still there would be some bugs or improvements which probably will be made after the publication and based on the user reviews

The interesting part of Android 7.0 Nougat is that your battery will last longer between the charges, and you will also see a tremendous battery usage improvement later on. So today in this article we’ll cover all the pros & cons of Nougat. Also, we’ll share our review in this section itself. So without wasting any time further let’s get started. 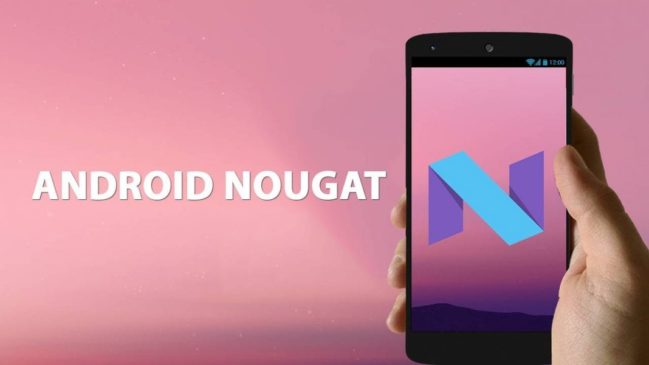 Android 7.0 Nougat comes with a bunch of new and improved features which makes it more amazing. To install the Nougat Update on Marshmallow devices, you need to download 1.10 Gb file and install it on your Android device. Worth downloading if we look at the features and optimizations in Nougat.

The new Doze mode is very much useful to the save battery while the screen is off, The option is provided under the hood which can be accessed with a tap of a button. The Doze mode also helps in battery saving when you are not working/using the device but still, the screen is on.

The time for installing updates is also improved in Nougat; Now you don’t need to wait for long to install any OS updates on your android. The process and installation will be a lot of easy and smoother than ever.   And also do not disturb mode has become even smarter then earlier it used to be. Also, there’s a change in call blocking functionality, Now your call blocking list can be accessed by third-party apps too.

Insecurity things, the face recognition has got smarter and accurate in unlocking the device. Instead of pin, pattern, voice, you can face the security detection feature to unlock your phone within a second. Also, there are some improvements made by the developers in voice security feature, but still I would prefer face detection feature over voice

The gaming experience is superb and amazing on Nougat; Android 7.0 comes with a new API called Vulkan which enhances the 3d graphics games on the devices which it supports.  Nougat has an inbuilt Virtual Reality Mode feature for amazing and wonderful VR experience using Google’s push VR handset.

According to some big media, techy Giants the release of Android 7.0 Nougat was released in August, But the commercial release date is yet to announce, However as per the rumors, source most likely it would be released in October. But still we are not sure about the release date, it all depends on Google

The very first Android version was released in early 2007, and it was named as Alpha. However, it took almost one year for the giant to release it commercially that September 2008. There is no 1.1 or 1.2 version of the Android operating system. Google directly launched 1.5 version of Android that is the cupcake. Likely the developers started making improvements and optimizations to make Android as the most popular OS and unique from other OS’s. Now a large percentage of smartphones are using Android across the world.

let’s have a look at the version of Android, and it features before starting our Nougat Review.

I am not saying that everything in Nougat is impressive, There are some cons also which I will be mentioned by the end of the article.

That’s all to say about Nougat Cons. Hopefully, everything will be running fine, but still, we can’t say what problem or issue you might face

I hope in this article I covered maximum things, but if you think I still missed something, then please feel free to comment it down below. So, guys, it’s up to you now whether to update your android version or stick with marshmallow/lollipop. If you ask me then I would say whether to update or not then I would wait for a few weeks because not every app you use daily is compatible with Nougat. Still, it’s a great OS with a lot of improvements. That’s it for today.

PDF Converter-Convert files to and from PDFs Online

How to Prevent Android Apps From Using Data in Background?