When we browse around the Google play store, you can find thousands of the Android apps covering different topics and sometimes be trying each and every android app is like taking forever.

Not only that, but we can also find apps which are not even worth to be trying on our smartphones but somehow they end up on the Google play store. Most of these apps are fake and making false advertisements of what they are claiming the app to be.

However, that’s not the end. There are also several Android applications out there which are best and very handy yet have never made it to the Google Play store. These apps have everything that takes to hit a million downloads on the Play store, yet they have rejected. 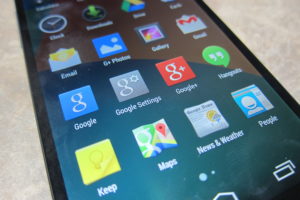 There are many reasons behind the Android app rejected by the Google Play Store team. I know that many of you are not aware of the submitting an app policy. The policy is a set of eight pages paperwork, and you have read the each and every point to understand the terms and conditions of the Google Play Store policy. Most possible reasons why an Android app rejected is ” Privacy, sending information, breaking other apps, illegal activity and something which is privacy invader”.

But that doesn’t mean all of the rejected apps are culprits. You can use few of these apps to make your smartphone use at full capacity. Just because these apps have been dismissed by the Google play team that doesn’t mean you cannot use them. There are certain apps which are made to steal information from you and use it against you.

That could be the cause of rejection so before you download any of the Non-market apps then you should know the risks involved in installing them. These apps are available in the word wide web, and you can download them for free but beware of the Android apps created to invade the privacy of the smartphone users.

Let’s take a look at some of these Android apps which haven’t made it to the Google Play.

Now, let’s take a look at the best apps you won’t find in the Play Store.

Purchasing a paid game on the Google play store is easy, but most of the games are expensive and not many are interested in buying them, so there is another way out.

You can Humble Bundle to get paid games at a low price. The way it works is unique. If you make purchases above one dollar then you will get three games, once you reach a level, then you can get around five bundles of games.

LMT is an Android launcher, which has plenty of features to make your regular Android home screen into something interesting.

LMT Launcher developers have never submitted the application to the Google play, and the reasons are that to run this awesome Android launcher your smartphone has to be rooted.

Videoder can download videos from Youtube in different qualities and different formats to ensure your smartphone is compatible, and you can even choose the resolution to provide your screen can play the video. If you are wondering if the video length is long and you do not have enough space to store, then you can select the sizes available for a particular video, but the quality drops significantly.

The interface of the Videoder is straightforward, and Interface is clean.

MIXplorer is considered as the best File Explorer an Android smartphone can have. The functions of the MIXplorer are unique and give you, even more, a closer look at the files.

MIXplorer has inbuilt programs to make sure that you can open any file which is downloaded in format. It can open media files, compressed files, image viewer, docs and more. MIXplorer is not available on the Google play store, and it is not sure that the application has been rejected, or the developers have never applied for it.

It doesn’t matter, the Android app has been in trend for a while and has recommended by one of biggest technology website. You can download (the free version) of the Android app from XDA developer site. The MIXplorer is available for free.

Video Mix is a video and photo editing Android app. VideoMix is bundled with features that can help your video or photo look more professional. You can add a professional touch to your videos and photos.

The Videomix app is very fun when you are using it, and it has unique features like collages that can utilize in the video you can add them to your videos.

If you want to make you regular videos and photos into something interesting, then I would suggest you go for it.

One of the disadvantages of the smartphones today is the smartphone emits blue-light rays which send our brain a message saying that even the night time is the day time. Which can be devasting because it causes your brain to think that it’s broad daylight and you will have a hard time sleeping.

To have a better sleep during the night is that to avoid your smartphone blue-light, which is not possible until you avoid using your smartphone or you can use the CF.Lumen Android app.

CF.Lumen has filters made to cancel the blue-light rays from the smartphone screen and helps you brain to calm down to have a good night sleep. It also reduces your eye-strain.

The CF.Lumen is available on the Google Play Store so you can download the Android application without any issues but the Android app is not available for the smartphones running older Android version such as Android 2.2.

CF.Lumen is available for both rooted and non-rooted smartphone at free of charge. To unlock some of the features, you have to purchase the application upgrade.

QuickLyric is all about Lyrics. The concept of the Android app is that you can get the lyrics of any song you are playing in a matter of seconds by using this awesome android app.

QuickLyric has a massive database of Lyrics of any song you are playing on your device and it can download then save the lyrics file to display them on the while you are playing the song.

QuickLyric has features like, in case if the song you are playing is not in the list then QuickLyric look for the song in different sources to display the lyrics on the screen.

If you like movies, then you would be interested in Popcorn Time Android app. Popcorn Time android app is famous for streaming popular movies in HD. You can watch newly released movies using Popcorn Time.

You can select any new movie available on the list and watch it for free of cost. Popcorn Time has a massive collection the old and new movies to watch from.

How many of you are fond of equalizers? Viper4Android has a unique mixer than can increase the volume and increase the bass without compromising with the clarity. If you want to use this equalizer then you must have your smartphone rooted and the viper4android can be downloaded from the XDA-developer website.

These were the Android apps which are considered to be the best and useful yet have been rejected by the Google Team. The Play store team has their own policy to follow and we are taking responsibility or recommending the apps. You be the judge.